** Due to COVID-19 and the safety of customers and our staff, all sales are final **

Natural disasters can strike anytime at any place, and they can range from fires, power outages and earthquakes. Islanders, however, face particular sets of challenges.

The coast of British Columbia is full of natural wildlife, gorgeous beaches, and smiling people. Unfortunately, the coast of British Columbia is also close to the Juan De Fuca tectonic plate. And when tectonic plates shift, earthquakes can happen. For inland people, earthquakes aren’t always a huge issue. But, when an earthquake happens on an island, the water around the island shifts, meaning the possibility of tsunamis. There hasn’t been one in a very long time, but it is still a genuine possibility. 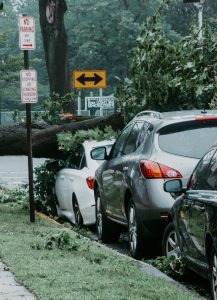 Photo by Jakayla Toney on Unsplash

Vancouver island is also covered in a lush forest. Just as we’ve seen across the interior of B.C., forest fires can happen on Vancouver Island too. They often leave trails of destruction, destroying property, buildings, and landscapes in general. They can be started by lightning, fireworks, or by people. B.C. is known for its dense forests, and while we are generally lucky to have such a rich landscape spanning the province, this landscape does not come without risk.

Finally, since many spaces on the island are habited by people in urban settings, mass power outages are another issue that islanders face. Outages can be caused by falling trees, telephone poles or freak accidents. All of us have likely experienced a power outage before and know the hindrance that it can bring. Rural areas are disproportionately affected by power outages because it often takes local authorities more time to get out to the interruption site. This is even more of a pressing issue when the threat of electrocution, roadblocks, or large obstacles like trees pose a danger to citizens.

Anything could happen at any given time. Whether it’s a forest fire, a mass power surge, or a tsunami, it always pays off to be prepared. And although there is a wide range of possibilities for natural disasters, sometimes steps towards preparedness can cover multiple bases. 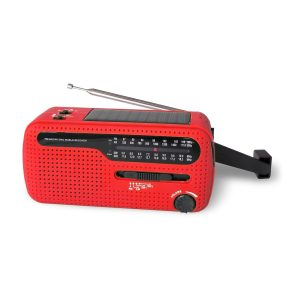 For instance, evacuation is a possibility in many types of natural disasters. Having an evacuation plan with your family is a good step, knowing where to meet in case of emergency (and having a backup plan if the first one is impossible). Having supplies stored away in case of evacuation is also key, as often, timelines can be uncertain as situations develop. It’s better to be safe and assume that you will need to rely on resources away from home for a while. There are many more strategies and supplies available in order to be prepared for emergencies, many of which are available on getmykit.ca.

Ultimately, natural disasters vary and are unpredictable. Sometimes they are caused by the weather alone; other times, foul play or man-made accidents contribute. No matter the cause of the disaster, it is important to be prepared for the outcome.

Top photo in post graphic by Kelly Sikkema on Unsplash